The Canadian Literature Centre is a strong supporter of CWILA: Canadian Women in the Literary Arts.

CWILA is an inclusive national literary organization for people who share feminist values and see the importance of strong and active female perspectives within the Canadian literary landscape. Check out the website at cwila.com.

The 2014 CWILA Count is circulating! Canadian Women in the Literary Arts is an “inclusive national literary organization for people who share feminist values and see the importance of gender equity in Canadian literary culture.” CWILA is commited to unpacking literary review culture in Canada in order to draw attention to the persisting gender gap. You can read the 2014 CWILA Count  here.

Read CWILA’s Chair of the Board Erin Wunker talk about the CWILA Effect. “Our focus this year – the story – is not just the numbers we have counted. The story is the review culture itself. Without a rich culture of reviewing in Canada we lose public forums in which to think critically and discursively about literature. And so, while we are presenting data that tells an important story, we want to draw attention to and celebrate the small and vibrant group of people doing the hard work of reviewing. Just as CWILA is a small organization that may appear more sturdy and institutionalized than it is, many of Canada’s most prolific reviewers are individuals doing the work because they love it and because it matters.”

“The organization collected 5,866 book reviews from 32 publications in 2014, and concluded seeing an overall improvement in gender equality, but added that ‘gender discrimination persists in certain areas.'”
Read more about CWILA and the 2014 Count in this piece from CBC Books. 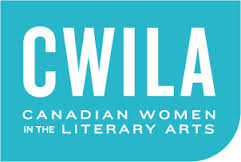 INSIDE THE BAG: CAN LIT ALIVE!

“ The CLC is a thriving and inspiring nerve-centre of cultural and intellectual engagement, a …