INSIDE THE BAG: CAN LIT ALIVE!

Learn more about your favorite CLC authors with this digital archive of videos, photos, bibliographies , interviews, and more!

September 6, 2021 Comments Off on Ten Canadian Writers in Context 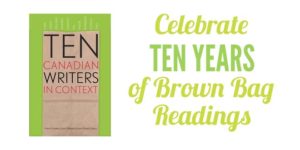